I dumped PDP for APC to have my way – Idimogu

I dumped PDP for APC to have my way – Idimogu 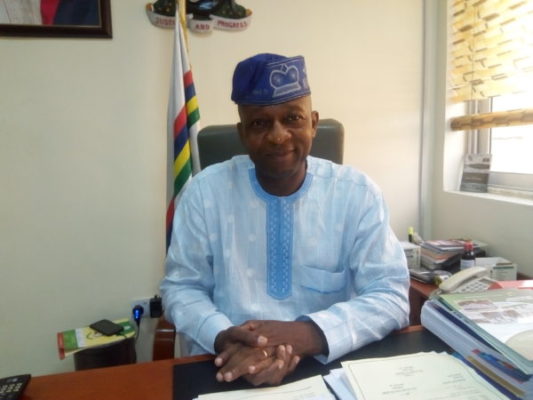 The Lagos House of Assembly member representing Oshodi-Isolo constituency II, Hon. Sir Jude Emeka Idimogu, has revealed that his exit from PDP to join APC is for the benefit of his constituents. In this interview with Abolaji Adebayo, the ex-PDP lawmaker said his second term bid is possible on the platform of the APC. Excerps:

To some people, you are a ‘foreigner’ representing the non-indigenes. Who is really Hon. Jude Idimogu?

Well, my name remains Hon. Dr. Jude Emeka Idimogu. My nick name is ABUNDANCE. I’m an Igbo man, that is true, precisely from Imo state. I am also proudly married to a lady from Ijebu-Ode, that is where her father comes from, but she was born and bred on Lagos Island. I’m a staunch Catholic. I am a knight of St. Mulumba, member, second degree level, Idimu sub-council branch and I’m happily married with three children.

I’m a Chartered Accountant by profession, I qualified as a chartered accountant in the year 2000. I am also a chartered member of Institute of Taxation of Nigeria. I have a Bachelor’s in Accounting from Ambrose Ali University. I also have Higher National Diploma from Yaba College of Technology in Accounting. I am also a BA Holder in Marketing from Lagos State University, Ojo, Lagos. Recently I was awarded a Doctorate Degree from a College in the United State of America affiliated in Nigeria, Doctorate degree in Philosophy.

Before I joined politics, I had worked in several organizations. I was into oil and gas, consultancy, bureau de change. As a BDC operator, I happened to be the Vice Chairman of the Association of Bureau De Change Operators of Nigeria (ABCON), South West zone. I was also acting as the PRO, meeting people and organizations including the Central Bank of Nigeria on behalf of the association.

So, my interface with the public inspired my interest in public service. Initially, I never planned to contest election in Lagos state, I planned to do it in my state. But every plan I made going back to my state did not work out. At a point, I lost interest because of funding and some other logistics. But somehow, someone who knows me rekindled the interest and asked me to do it in Lagos. I was better known in Lagos than my state. Initially my business didn’t give me the opportunity; but later on, my business was low and I now found out that I had time for politics and because I love public life, I have always been eager to serve. So, one day in my church, a friend of mine, a lady asked me to join her party which is PDP. Already I had my registered member card in Imo state, but I was not that active except at the time I was made to c-oordinate a programme for the former President Goodluck Jonathan in my state. I have lived in Lagos for not less than 28 to 30 years. I married a Yoruba woman; all my children were born in Lagos here.

I joined the party late and contested, and as God would have it, I won.

As at that time, APC was the ruling party and you contested and won under the platform of PDP. How did you do it?

Well, everything in life is by the grace of God with hard work. Whatever you set your heart to do, do it well. Before I joined politics, I was well known in my community. I participate in the church activities. I sponsored football competitions. I graded roads such as  Kudirat Adenekan street. I did the Canoe bridge with my money. I was the first chairman of my CDA, Canal CDA at Ilamoshe there. I have always been involved in the community services, church activities, etc. the issue was that I like public life; I like serving people. I love being a philanthropist, to touch people’s lives, to provide  selfless services to humanity. That made people to know me. As at then, I never knew I would later go into politics, I was just helping my community. For me, there is no point in having money and not adding value to the area where I live.

Definitely in 2015, people voted for individuals, not political parties?

It was not individual, it was combined. Why I say so is that…what happened was that immediately I made up my mind and push out my posters, everybody embraced me, saying “We know this person; we know this person. Besides” I only asked God to give me a platform to serve humanity, that is my motive – service to humanity. People called me Mr. Nigeria because I so much believe in the one indivisible Nigeria. When my banner came out I had many followers following me. I was nicknamed ABUNDANCE, a giver.

This gave me an edge. Besides I enjoyed the leadership, whether APC, PDP or what have you. It was Yoruba elders who took decision in my favour.

That is why I said your victory then was not based on the party but your charisma…?

No o, there are two things combined. Why I say so is that as at that time, 90 per cent of Igbos would always vote for PDP but that has changed now. As at 2015, PDP was dominating both federal and some states, so the logistics and the resources were there. Party combined with the fact that I was Omo Igbo led to my victory. And again, I reached out to people. All these made me defeat those in the ruling party with landslide.

You got your victory on the platform of PDP but now you are re-contesting under APC, what informed your defection and why choosing APC not any other party?

The issue is that if you want to succeed, there are other factors apart from God’s help. PDP was facing serious crisis when it lost election, the centre could not hold as at that time so there was a whole lot of problems. Politics is a game of interest. Even though I never planned to be a politician in my life, I found out that somehow God has put me there. So now, I want to build my career politically. Having come from PDP with crisis and I’m in Lagos, from all indication, I knew that my second term in PDP might not be possible because most people would tell me that ‘oga, you won because we took you for granted, this time around we are coming after you.’ The issue was that the PDP that was controlling the federal had lost out to APC, and we also need a stable party as at that time. Not only that, me as an Igbo man in Yoruba land and the only Igbo man in the Lagos House of Assembly and PDP as at then. Other PDP colleagues were Yorubas so I could not get my way.

For me to have a say and voice for my people in the House, I needed to go to the party with majority because in Nigerian politics today, the winner takes it all. Minority will only have their say while the majority have their way and it is better to have way for your people rather than say because the constituents would not take the say. I need to drop some dividends of democracy to them.

What has been your achievements? What have you been able to do for your constituents in your more than three years in office?

I have my achievements documented for people to read. The visible ones are here to see. I have been able to pass a motion in this House concerning Ladipo market when a trader was killed and the needful was done. Relocation of Mile 12 market to new site, I was given the privilege to present that motion. I have also been able to move a motion concerning fire incident at Ilasa and Jakande and the needful has been done though the process not yet complete.

There were bad potholes in expressway along Cele bus stop towards Sanya, although it is federal government’s road, I facilitated its repair by the Ambode led administration. I provided a 500KV transformer for Ilamoshe community in Ejigbo. I also gave about 325 students free computer training. This coupled with some shuttle buses for empowerment in my constituency. In employment opportunity, I know I have helped not less than 50 people to secure jobs in the Lagos state civil service.

Before 2015, most roads in Isolo LCDA were very bad. For instance, Okota way and some major roads were not done until 2015 when I was voted in. Places APC lost then we gave them attention.