I’m contesting under ADC to rescue my constituency – Ikeagwu

I’m contesting under ADC to rescue my constituency – Ikeagwu

To the African Democratic Party (ADC) candidate vying for the membership of Federal House of Representatives in Oshodi-Isolo Constituency II, Chief, Barrister Leo Ikeagwu, those who have hitherto being in the position have failed the constituency. In this interview with Abolaji Adebayo, he disclosed that his mission is to go and redeem the failure of his predecessors. Excerpts: 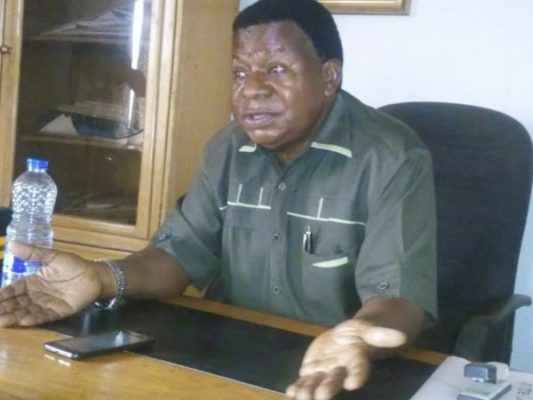 Looking at the number of aspirants running for the House of Representatives in various parties in Oshodi-Isolo Constituency II, how do you see your chance of winning the election in 2019?

As an aspirant, I know that we are so many, especially the Igbos. But the most important thing is who is who. When you say who you are, you should be able to tell us what you have been doing for the community where you want to vie for election. In my own case, I have been a community leader; I have been a CDA chairman of Ajao Estate Central CDA for over ten years and I’m still there now. So, I’m a lawyer with bachelor’s degree in law; I’m a lawyer who is called to Bar – Barrister and Advocate. I’m a lawyer who is also a chartered member of the Institute of Human Resources because I know how to manage human beings. I’m a lawyer who is also the patron of Nigerian Peace Corps, Isolo Command or Lagos Command. I will want the others to tell us who they are, and those are the issues that should determine who actually people will choose. The people would want to choose the right person who has the pedigree.

Apart from party and individual candidate’s pedigree and or antecedents, what is your take on the role of money in politics?

It is unfortunate. But as I keep telling people, the Almighty God is the answer to many questions that are difficult to answer by human beings. You may have money, you may be a millionaire, you may also be willing most of the time, but if God says this is the person, it would be,i provided he had done his best. I will only cite David and Goliath in the Bible. Who ever knew that David would defeat Goliath? So, Leo Ikeagwu is the Leo Okeagwu street you see. Leo Ikeagwu may not have millions like others, but Leo Ikeagwu probably owns a street in his name and a few plots including where we are having this interview.

As non-Yoruba willing to represent the interest of both non-Yorubas and the Yorubas in your constituency, how do you plan to win the Yorubas to vote for you?

Ok sir, if finally elected to represent the people of your constituency at the Federal House of Assembly, what are the plans you have drafted out for your constituents?

Before now, I said I have been a community leader, a community worker. Few others and I in the community have tarred roads, look at Ogunbamiro. We have been building culverts and bridges for the people in the community. As I said, I’m the CDA chairman of Ajao Estate and placing me in such position, every complaint comes to me and I have always used my position to help the needy in terms of getting jobs for them. There are several people I have employed through the company in which I serve as their legal adviser. Some are working in oil companies and other companies. We will use the position when the government gives me the weapon by asking me to represent this constituency at the Federal House of Representatives. I am even telling you that you will see me. Even the committee I will be heading there because I don’t doubt what I can do because the qualifications and years of experience are there. So, I will help the needy. I have been helping the poor. As a lawyer, I have always stood behind those who don’t even have lawyer in the court. I’ve always done that, and I will continue doing more and more. I will set up a programme where people will key into and grow in order to achieve whatever they want.

Specifically, can you highlight some of the programme you have in mind to do when you get there especially for the youths, women and community people in your constituency aside your primary function as a member house of reps?

As I speak to you now, even if you don’t name it, I have a programme already in place where the youths come in and are taken care of. If you go outside of my house, you will see people there waiting for me. This is a central place where people come to look for whatever they want.  I am a knight of Mulumba. In the knighthood, we do what we call charity work meaning you use your time, your talents and your profession, treasure to help the needy. And at the end of every three months, you submit what we call a charity report. So, the youths and the women, I have always been doing my best for them and I will go further to set a platform where they will be getting some money to do businesses, that’s the most important thing. Those youths who are without the necessary qualifications and are looking for job, we will set up some programmes for them where they will get some money and probably start something. Those are some of the things I have in mind and I am sure, you already see a piece of land I left, it is called Leo Ikeagwu Football Field. A lot of people have approached me that they want to use the place for business, but I said no, let the youths be playing football on it. So, what I will do for them is already there, that’s why I’m the only person they look at among other aspirants. Let’s look at how we can continually help the needy.

Can you briefly tell us about your journey into politics so far?

It is unfortunate. That question is something that I today never actually started thinking of becoming politician as such, instead I sponsor people into politics hoping that when they get there, they would help me so as to continue my humanitarian work. It is just unfortunate, the last time we helped the political adventure of some people in this constituency we were disappointed. It was at that stage that people came to me and said, ‘we want you to go’. It’s unfortunate that this issue took up to three months, people were persuading me; they want me to go, I was persuaded. They said because those we voted in the past, most of them don’t live in this constituency. You can imagine. There is no way you will knock at my door and I will not welcome you. My place is the center of alternative dispute resolution, it is my place. All the people who have problem with their landlords, it is here. Police matter; it is here. My going into politics is to actually clear a few things about people who went there, to let people know that I can do better.

Definitely, there are some loopholes you want to go and block, right?

Yes! There is no constituency project. We have federal constituency projects. Even at Alimosho I see roads. When asked about the roads they would say it is their constituency representative who facilitated it, but that is not here. This is why I think people need someone who has pedigree, someone who can speak with action. They know me, that is why I extensively explained who Leo Ikeagwu is in that small handout. I will also ask people to confirm everything they’ve heard about me whether they are true or not.

Why have you chosen to vie under ADC but not any other especially the ruling party or major opposition party?

Everything is all about choice. I see a place where everybody has equal opportunity. I see a place where there is no emphasis on godfatherism. I also tell you that in ADC, the people there are more intelligent. Most of them understand what we are talking about. Its not like that in other parties. People in ADC know the fact, they speak the fact, they say the truth. It’s a young party but all party were young before they became firmly established. We are trying to groom and build this party.