Echonews names Johnson, Politician of the Year, awards 36 others

The member representing Oshodi-Isolo II at the Federal House of Representatives, Engr. Ganiyu Johnson has emerged the winner of the Politician of the Year category of the Second Echonews Annual Community Awards.

His emergence stepped down his counterpart from Oshodi-Isolo constituency II, Dr. Bashir Dawodu to First runner up and Hon Shokunle also of the same constituency to Second Runner Up.

Receiving the award on his behalf, his personal assistant, Hon. Ismail Aregbesola said Engr. Johnson was pleased with the award and it would encourage him to do more. 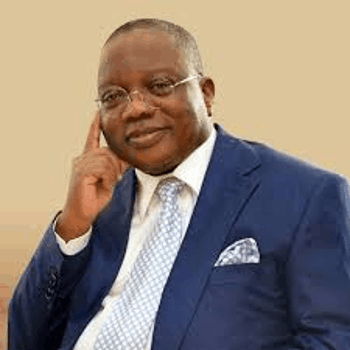 The first set of awards was presented by the former member of House of Representatives, Oshodi-Isolo II, Hon. Jaiyeola Ajatta the second by the member, representing Oshodi-Isol

Best Supervisor of the Year went to Hon. Mejidade, Supervisor for Education, Oshodi-Isolo LGA, Hon. Wasiu Durojaiye, Supervision for Market & Revenue, Isolo LCDA was the first runner up and Hon. Ayotunde Ojo, Supervisor for Works, Ejigbo LCDA came as the second runner up.

In the health sector, a Medical Doctor with Isolo General Hospital, Dr. Tunde Badmus emerged the Best Medical Doctor of the Year. Badmus had earlier been honoured by the Medical Guild and Nigerian Medical Association, Lagos State as the Best doctor in Lagos State Health Service Commission.

Winners emerged and awarded in other categories that cut across all sectors including education, culture, sports, etc.
Congratulating the Award recipients, the Award Chairman, Otunba Jide Oni said the award would encourage them to do more for the community and challenge others to key into the development of the community.

“I congratulate all the awards recipients today. Note that the awards are for you to continue your good works. And for the rest of us, I plead that we also make effort toward the development of our great community and our effort would never go unappreciated.”

Commending the organiser of the awards, Oni said the Newspaper has done perfectly well by celebrating those who are going greatly for the community but whose efforts were not recognized.

Appreciating the awards, the Chairman, Isolo LCDA said no any other organization could have given such credible awards than the Community Newspaper that is very close to the grassroots and closely monitor and reports the activities of the governments and the people of the community.

According to him, an award by a body or individual from outside could not be as credible as the one given by the Newspaper.

He therefore commended Echonews on the awards, promising to give all support to the newspaper.

Earlier, the publisher of the Newspaper, Mr. Kehinde Bamigbetan said the winners were selected based on their activities closely monitored by the Newspaper and the awards committee.