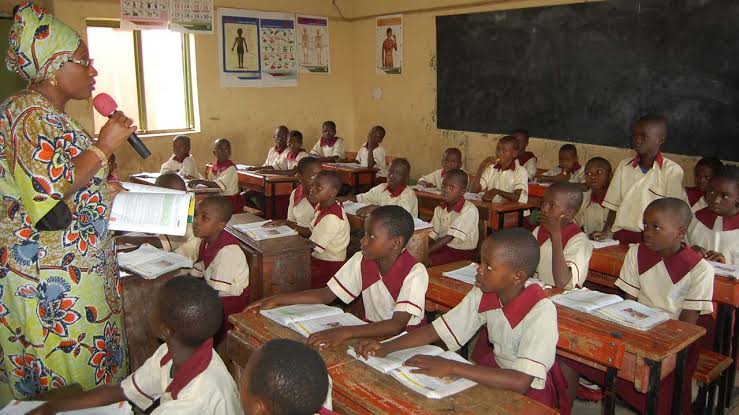 Plans are underway to reduce the number of pupils per classrooms in public schools under Oshodi-Isolo Local Government Education Authority from the current ratio of one classroom to 52 pupils to 30 pupils only.

The plans are hinged on the on-going construction of new classrooms by the three local authorities – Oshodi LGA, Isolo LCDA and Ejigbo LCDA and provision for more in their 2020 budgets.

In 2019, there were inadequate classrooms – about 422 to accommodate 21,953 pupils enrolled in 56 primary schools in Oshodi-Isolo, putting the ratio of classroom to pupils at 1:52.

As at the end of 2019, there were just 427 teachers employed to teach the 21,953 pupils, putting the ratio of teachers to the pupils at 1:52 with total number of 252 non-teaching staff and 67 local government administrators.

Out of 56 schools, Oshodi has the largest percentage of 31 schools; Isolo owns 14 schools while Ejigbo controls the least of 11 primary schools.

A record from the Local Government Education Authority (LGEA), Oshodi-Isolo LGA revealed that there was 30 per cent increase in the population of pupils enrolled into various public primary schools across the local government area (Oshodi, Isolo, Ejigbo) in 2019 while the population of teachers and classrooms remained the same.

With the rising population in the local government area, stakeholders are worried about insufficient classrooms to accommodate prospective increase in enrollment in 2020.

However, the Education Secretary (ES), Oshodi-Isolo Local Government, Mr. Femi Ogunwusi, is hopeful that there would be relief with the construction of additional classrooms by Oshodi, Isolo and Ejigbo.

In Isolo, the LCDA has just renovated a block of six classrooms at the Akinbaye Primary School. It also built a new vocational centre and renovated the toilets.

With these additional 30 classrooms, there would be a total of 452 classrooms across primary schools in Oshodi-Isolo LG in 2020; this may lead to reduction in the high population of 52 pupils occupying a classroom with a teacher.

The classroom to pupils ratio as well as teacher to pupils ratio may reduce if the population of the pupils enrolled into primary schools does not increase beyond the capacity of the school infrastructures.

Commending the academic performance of the schools in 2019, Ogunwusi said  the LGEA emerged the third in the Science, Technology and Arts National Competitions for the year 2019 and the result placement of primary six pupils certificate Examinations in 2019 was among the best.

He however stated that more hands are needed to handle the increasing population of pupils, disclosing the 2000 teachers the Lagos State Government plans to recruit would only solve part of the problem.

Speaking on the state of infrastructures in the schools, the ES said some porous schools were secured with security personnel and their salary was taken upon by the LGEA to maintain the guards.

He noted that the State Universal Basic Education Board (SUBEB) assisted in the refurbishment of Oladele Alake Primary School, Ejigbo and that pupils have resumed their studies.

He appreciated the effort of SUBEB while he also pointed out that more school buildings need to be put in good shape to create conducive environment for teaching and learning activities.

Ogunwusi submitted that Oke-Afa Low Cost Housing Estate Primary Schools (1and2) have posed a big challenge to the LGEA because of the hoodlums who smoke, rape and do all sorts of nefarious activities in the premises after school hours.

“Serious intervention is needed to curb the immoral acts committed in the school premises, though some of the hoodlums caught are facing the law in Ejigbo magistrate court.”

With the increase in the 2020 Education budget by Oshodi-Isolo Local Government, Ogunwusi said primary education stands to gain more urging Isolo and Ejigbo to raise their education budgets to provide more classrooms.

There was 20 per cent increase in the budget for education whose allocation rose from N25million in 2019 to N30million in 2020 as contained in the year 2020 budget.

The fund is earmarked for the construction/renovation of primary schools, provision of school furniture, rehabilitation of adult vocational centres as well as provision for the needs of the less privileged children.