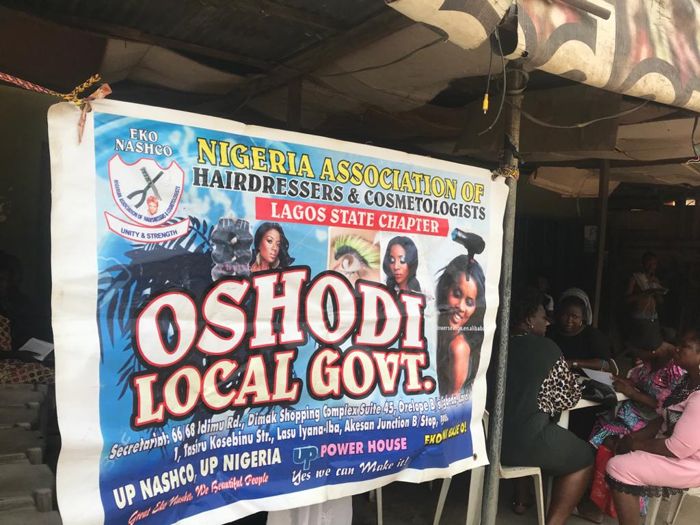 Six years after, a new executive committee of the Nigeria Association of Hairdressers and Cosmetologists (NASHCO), Oshodi chapter led by Abimbola Adebimpe  has emerged.

The seven positions which make up the Committee were contested by members from its six zones- Charity, Shogunle, Arena, Mafoluku, Oshodi and Domino..

Congratulating the newly elected executive members, NASHCO State President, Mrs. Surat Ajibola Abari advised them to have listening ears as one of the qualities of a good leader as she urged members to co-operate with the leaders they have chosen.

READ ALSO:  Health workers to kick off immunisation exercise against measles in Oshodi-Isolo

The former chairperson, Oshodi chapter, Mrs. Comfort Akinkuowo also urged the newly elected executives to be vibrant in the discharge of their duties.

The new executive members were asked to get prepared for inauguration next month.