The residents of Akinbaiye community of Isolo Local Council Development Area have expressed concern over the delay in the installation of their newly procured transformer by Ikeja Electric.

After fulfilling the necessary conditions and getting a new transformer, the residents of Akinbaye community still live in darkness although the company has promised to do the needful before the end of this month.

The community, after about one and half years of being subjected to darkness, paid 80 per cent of their debt and got a new transformer last year for the community to be powered.

The Business Manager of Ikeja Electricity Distribution Company (IKEDC), Oshodi Business Unit, Engr. Taofeek Basanya assured that power would be restored in the community before the month runs out. 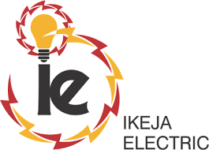 He revealed this after a closed door meeting with the Council Chairman, Hon. Shamsudeen Olaleye held on Thursday in the company of other stakeholders of community.

Basanya revealed that the community had settled 80 per cent of their accumulated debt and as such, at the completion of the settlement which is expected to be made before 15 days, power supply will be restored to the community.

Giving an account of the meeting, he said: “We discussed and we were able to iron out several issues that have been militating against the energizing of the transformer for quite sometime. I believe with what has been put in place now, in the next one or two weeks everything will be resolved and the community will be back on supply.”

Talking about the percentage of debt cleared so far out of N3,517,906, he said: “They’ve gone far. They have got to about 80 per cent now and they’ve assured us that in the next one or 2 weeks the remaining 20 per cent will be paid and that is okay by us.”

The stakeholders’ meeting was a complementary effort by the council boss who had recently made provision for a brand new 500KVA transformer to replace the faulty one that had subjected the community to complete darkness since November 7, 2018.