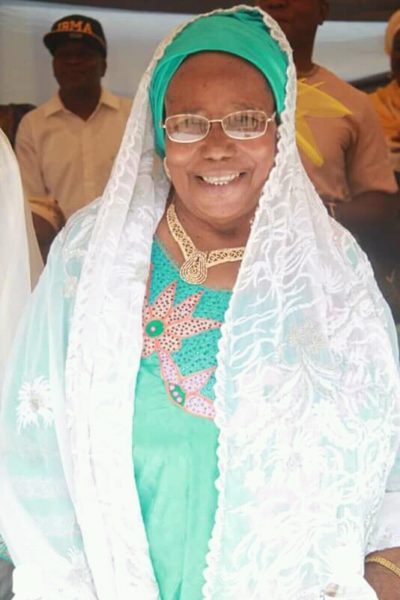 Alhaja Shakirat Ariyoh, the mother of the Executive Chairman of Oshodi-Isolo Local Government, Hon. Bolaji Muse Ariyoh has died this morning, Tuesday, May 19, 2020.

A statement by Hon. Adebayo Ariyoh confirmed the death, stating that the deceased would be buried according to Islamic rite today.

“We appreciate everybody who would want to attend the burial but because we have to comply with the social distancing order and avoid crowd, it would be strictly family affairs,” the state read.

Until her death, Alhaja Ariyohwas was a staunch political leader of All Progress Congress in Oshodi-Isolo LGA, community leader.