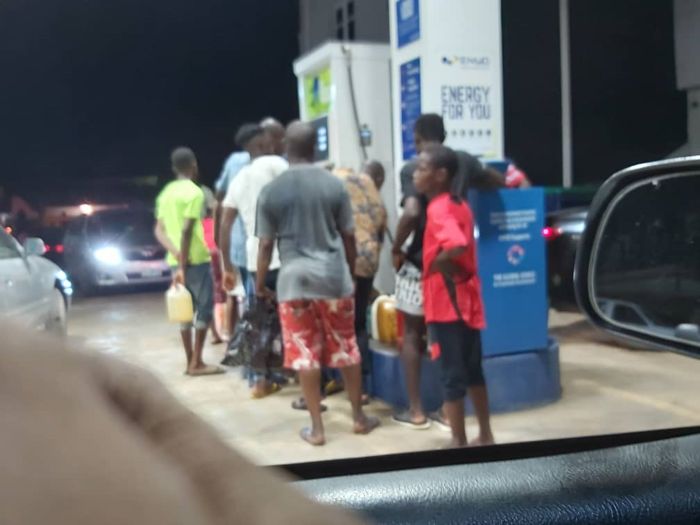 Many fuel stations could not use their Point of Sale machines to receive payment from customers from morning till evening at the weekend due to glitches in the operations of the payment terminal services provider, Interswitch.

Petrol sales attendants said the problem began Friday  morning when various customers who wanted to use their cards to pay for purchases of premium motor spirit better known as petrol could not complete the transactions due to poor network.

An attendant at Mobil fuel station, Egbe road, Ejigbo who spoke to ECHONEWS about  5.30pm on Friday lamented that the situation affected her sales as most customers had no cash on them.

“We asked them to go to nearby ATMs to withdraw money but many of them were in a hurry and complained that they could not go and queue” said the attendant apparently unhappy that she did not meet her target for the day.

At ENYO fuel station on Liasu road, Egbe,  a senior official confirmed  the situation on Frifay adding that Interswith sent a Short Message Service late afternoon to apologise for the glitch. He advised a motorist who wanted to fill his cooking gas and a keg of diesel if he could transfer the money to station’s account.

The motorist, however, decided to go to the Union Branch on Egbe-Ikotun road nearby where he was able to withdraw money to pay for the goods in cash.

The loss suffered by the fuel stations in naira may be difficult to estimate as average vehicle turn up per day per the over 50 filling stations in the community is about 100 according to investigations.

ECHONEWS sent an enquiry to Interswitch’s email account at the Group Marketing and Communications office but was yet to get its reaction at press time.

The development may depress rising acceptance of card transactions and a new culture of e-transactions among Nigerians who are learning to keep their cash in their cards.

Interswitch has been on the frontlines of the campaign to switch from cash to cards on the grounds that it is safer, more secure and requires you to carry less cash on your body.

The Central Bank of Nigeria had set up the POS system in 2011 to expand financial inclusion and improve electronic commerce operations in Nigeria.

According to the CBN guidelines, the Payment Terminal Services Provider (PSTP) such as Interswitch is expected to ensure effectiveness of POS operations and a proper support/maintenance infrastructure.

“PTSPs shall offer services to acquirers covering all aspects relating to terminal management and support, including but not limited to purchase and replacement of spare parts, provision of connectivity, training, repairs, and development of valueadded services, amongst other things.”

Section 4.2.4 of the guidelines states: “CBN shall license a limited number of Payments Terminal Service Providers, to enable the PTSPs build scale and maximize efficiency.  Criteria for PTSPs shall be defined by CBN, and the performance of licensed PTSPS shall be reviewed annually to confirm they meet defined performance targets.”