A PSP refuse operator, Providence Global Solution has blamed the delay in picking refuse in several parts of Ejigbo in recent times on the challenges posed to trucks by the bad roads at the dumpsites.

Lamenting how his company’s truck was stuck in the swampy terrain of the dumpsite for days before it was pulled out, the director of the company, Mr. Tunde Otitoloju said the PSP operators have appealed to the government to fix the problem to enhance turnaround of their trucks and improve the efficiency of their operations.

He was reacting to Echonews story reporting how many landlords are patronising the cartpushers after waiting endlessly for the PSP to pick their refuse.

He also claimed that it is difficult to drive their trucks into some of the communities to render due service to such communities. 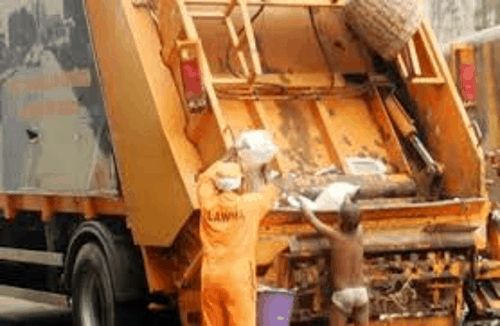 He said the PSP has the capacity to cover all the communities in Ejigbo LCDA, but the inner roads also remained the constraints in some areas as their trucks could not access the communities with bad roads.

Otitoloju explained that many residents still patronised the cart-pushers as against government’s order, saying many of them expected the PSP services to be free for them.

The main problem, he said, is the terrain of the dumpsite at Ojota which is the only functioning dumpsite in Lagos State.

He stated that there are only three dumpsites available: Igando, Ojota and Katangua (Abule-Egbe), but only the one at Ojota is the most functional.

The Director explained that he reported the illegal dumpsite at Ori-Oke area of Ejigbo to the Lagos State Waste Management Agency (LAWMA) and that he was expecting the government to take action on it.

While responding to the complaints by some residents that their monthly bill is high, Otitoloju said it was as a result of unpaid payments from previous months, explaining that if a house was to pay N1,000 in a month and such a house defaulted, it would be added up to the subsequent bills making the bills seem higher to the people who do not pay constantly.