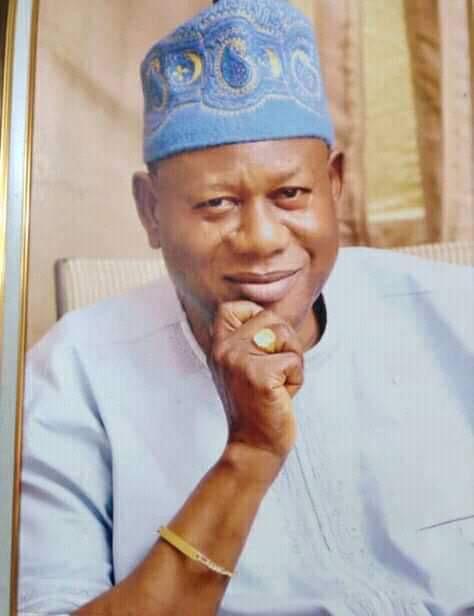 The All Progressives Congress (APC) leaders in Oshodi-Isolo Local Governement Area (LGA) have continued to commiserate with the family of a party chieftain, Alhaji Ganiyu Badmus who died in the early hours of Friday June 26.

Alhaji Badmus, who is a chieftain of the Lagos State chapter of All Progressive Congress died early hours of Friday at the age of 71.

He is said to have been battling with some major health issues which has been managing before the Covid-19 pandemic.

He was a major progressive in the state and one of the trusted allies of Asiwaju Bola Ahmed Tinubu and Ogbeni Rauf Aregbesola.

He was the Chairman of the Mandate Group and at a time took over the leadership of the group from Cardinal James Omolaja Odunmbaku.

In his condolence message, the Chairman of Oshodi-Isolo LG Hon. Bolaji Muse Ariyoh described the late APC leader as a devout Muslim and a great political Icon, whose impact and contribution towards political development of Lagos can’t be erased, saying his demise has left a great vacuum in the political space of Lagos.

He wrote: “I still can’t come to terms with the reality that Alhaji Ganiyu Badmus popularly known as Mandate 1 is gone even when his vast experience and wisdom is still much needed to help contribute to the growth and development of Oshodi.

“I commiserate with the family, political associate, friends, and political followers on the departure of our revered leader. I Pray God grants us the courage and fortitude to bear the irreparable loss.”

The Chairman of Isolo LCDA, Hon. Shamsudeen Olaleye, in a press statement he personally signed, described the deceased as passionate and committed leader of the APC, declaring that his death is a big loss not only to the APC family but also to people of Oshodi, Isolo and Ejigbo who have benefitted immensely from his leadership qualities and disposition.

“‘Baba Badmus’ as he is fondly called was a passionate and committed leader of the All Progressive Congress (APC) in Oshodi/Isolo Federal Constituency 1 and Lagos State in general. He spent virtually all his political life to enshrine the ideals of progressive politics and politicking.

“A devout Muslim, ‘Baba Badmus’ was a father to all and sundry and he indeed brought his fatherly disposition and experience to bare in building a solid footing for our great party.

“Undoubtedly, Baba Badmus would be sorely missed by all especially his proteges among whom I am privileged to be one,” Olaleye wrote.

Also commiserating, the Member, Lagos State House of Assembly representing Oshodi-Isolo Constituency I, Hon Hakeem Sokunle wrote: “I write to express my sincere condolence to the entire Badmus family on the demise of their beloved husband, father, Grandfather and an apex leader of the ruling APC in Lagos State, Alhaji Ganiyu Ebudola Badmus.

“May the Almighty Allah grant his soul Aljana firdaus, and grant the Badmus family and entire APC members the fortitude to bear the irreparable loss.”

“This is a great loss to the entire members of our great party (All Progressives Congress (APC) in Oshodi -Isolo Local Government and Lagos State at large.”