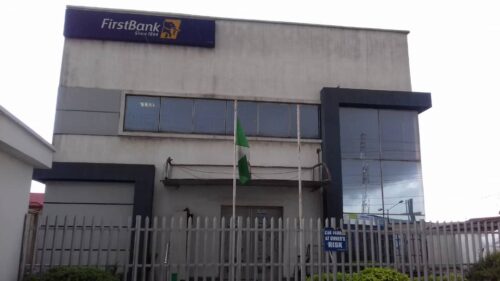 No less than 12 out of 43 branches of 13 banks in Oshodi-Isolo Local Government Area (LGA) which suspended their operations during the Covid-19 lockdown are yet to open for operation despite the lockdown eased on the banking sector.

As an alternative, customers are making use of the Automated Teller Machines (ATM) available at the shut branches.

While some of the banks operate on routine such as operating one week on, one week off, others such as Access bank and Stanbic IBTC in Ejigbo LCDA have not been opened for transaction for more than three weeks.

It was also discovered that some of the ATMs, about 36 of them, have been inactive in Oshodi, Isolo and Ejigbo as they were either blocked or not powered.

Even out of the functioning ones, few of them dispense cash most of the times.

This situation has caused many customers unbearable stress as the banks and ATMs are always overcrowded.

The delay in getting into banks and using the Automatic Teller Machine due to the queue system put in place to comply with the COVID-19 lockdown regulations is forcing many customers to patronise Point of Sale (POS) agents at higher costs.
Following the lockdown ease, people started flooding the few branches of the banks that open for operation to make transaction while keeping social distancing, limiting the number of customers that could be attended to.

The staff members of some of the banks who spoke to ECHONEWS said the banks were working below their capacity as a result of the effect of the coronavirus on the banking system.

They claimed that many banks have retrenched their workforce thereby over- working those on duty.

An official of Access bank, Mr. Tejuola Joseph, who spoke to ECHONEWS, said apart from adhering to the government’s social distancing order, banks are also trying to encourage their customers to embrace the cashless policy.

He assured that his bank would soon commence operation in Ejigbo, saying the bank is currently operating below its capacity due to the government directives on measures against spreading the virus.

He said: “The reason behind that was due to adequate measures the firm is putting in place for people to embrace cashless policy to replace and update modern banking, the use of E-banking.

“The coronavirus pandemic is also limiting our capacity but we shall come back to full operation soon. For now, we encourage people to use the e-banking system. They can do various transactions online even without going into the bank.”